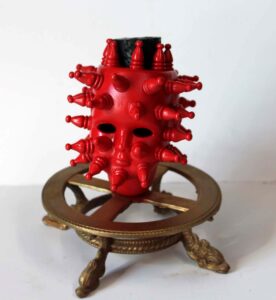 I am fortunate to be a member of Take Five, a group of artists in the East Valley that are self-taught, not the product of an art school.

We are all artists not because of an education, but despite. Art is life, we cannot but create art.

I would suppose I am more noted for my American Bar Series, my paintings of bars from east coast to west. Bars, I would remind you, that I have imbibed in. 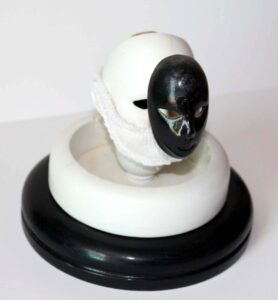 It only goes to assume that the upcoming show this December at Gallery One-oh-One in Mesa, AZ would feature my bar paintings. Don’t be too concerned, there will be some on display. However, Take Five artists are filling this space. We each have our own specialty.

The year of 2020 has been especially traumatic, new norms forced down our throats, propaganda rampant. Four members of Take Five (there are six of us) are two dimensional artists. Only Liz Nicklus and I delve into three dimensional art.  As the newest member of the troupe, I made a decision to focus on my 3-dimensional assemblage found object sculptures. 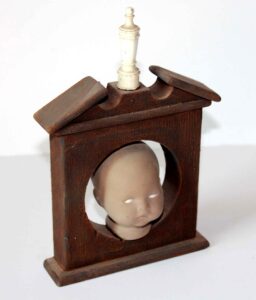 I will have some paintings on display, but my focus will be on sculptural pieces created from trash and detritus discovered in the Sonora desert.

My paintings rarely have a political edge. I am not religious, although I am deeply spiritual. I am very political. So, my paintings are carnal in nature, with no message other than any message the viewer projects onto them.

However, my 3-dimensional sculptural assemblages all have hidden messages. Symbolism rules. The shapes, the objects, the discordant juxtaposition of someone’s discarded trash are intended to disturb. 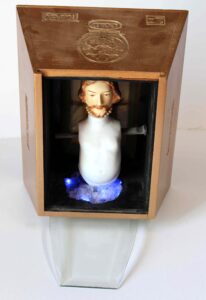 I do my best not to disturb people in public conversation. I shy away from argument or discourse. I was raised – well, as most people, in a truly dysfunctional family.  I understand that there is no “right” and there is no “left” with most people. We tend to shift in one direction or the other, but only true sociopaths veer all the way to one or the other obscenity. By the same token, nobody sits on the fence. It takes a true talent to walk the tight rope. 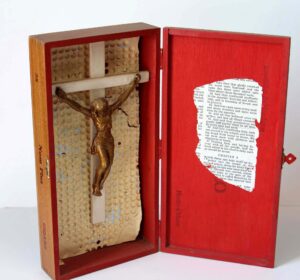 You are one side or the other of the fence. Fence sitting hurts your ass. And the rail eventually breaks. Everyone that thinks of them-self as a moderate is either left or right.

My entries into this show might prove interesting. Mesa is a Mormon town. We are situated below the Bible Belt.  The  Hispanic population is pretty much Catholic. None of my assemblages are heretical or anti-religious. But they might be construed as such. 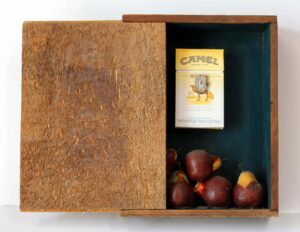 I fall to the right of the allegorical fence, but I have a toe or two that touch the far left. If you attempt to pigeonhole me as to my beliefs, I will sidestep you.

The world, my friend, is not black and white, but many shades of gray. Add color into the mix, and you you have an artist! 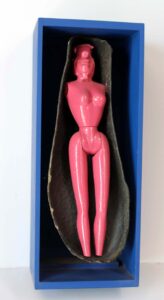 We are a diverse society, and every voice deserves an ear. If you don’t want to listen or read the contrary opinion, don’t listen; don’t read. There is no need to murder others, to retreat to incendiary forms of revolt. 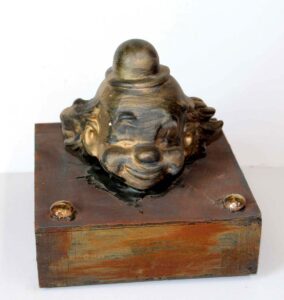 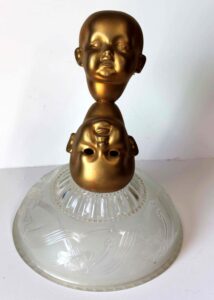 I hope to have a half dozen paintings, including some non bar paintings for this show. I will certainly be more adventurous in my work. I will have quite a few Desert Detritus clocks. I think my assemblage sculptures would make great one of a kind Christmas gifts.  Every piece on this page is available for $125, shipping included in the contiguous 48 states. 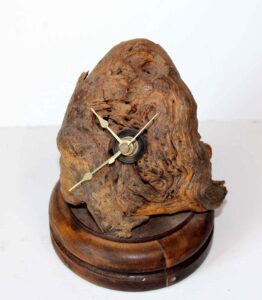