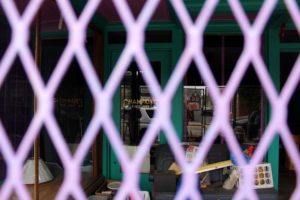 I grew up in Millville, NJ. I was not born there, but I lived there most of my life.

Small town; we did our shopping on High Street. Corson’s and Franks Men’s and Boys. I got my Levis at Franks. Woolworths, Grants, Bozarts, Ann’s Guiffra’s. And Champion’s Hardware. 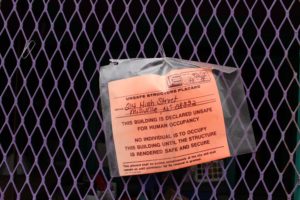 Jim’s Lunch is still there. Frank’s is now the Riverfront Renaissance Center for the Arts. Firestone is an empty lot. Champions is about to become another empty lot.

Fred Kramer bought Champions and turned it into Amethyst.  This was about the time the arts scene in Millville was kicking off.  The Amethyst was a haven for artists. After 3rd Friday events were winding down and the tourists were headed for the bars, the artists congregated at Amethyst. 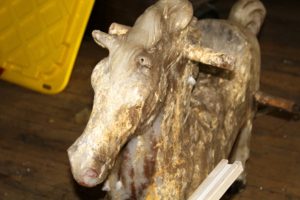 Amethyst was mostly storage space for Fred’s collections, but the front became gallery, music venue and social gathering. It was a place for the insiders to hook up.

The building had been neglected throughout the years. Fred was able to host these events since they only happened once a month – he never had to get the permits for proper occupancy. 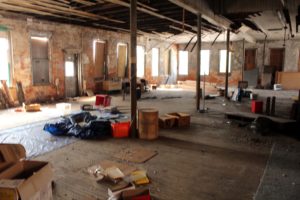 Unfortunately that has ended. The building has been condemned. It is historic, but the city has no real incentive to try to save it. It is now due to be razed. This weekend Liz and I met Fred for one last tour through the building.

I understand the city’s liability. But it is so sad to see an icon from my childhood, a focal point of the arts district, a work of love crumble and decay. 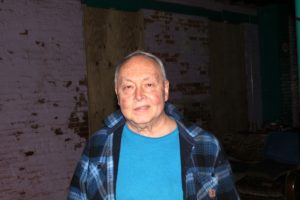 Fred Kramer  is a truly spiritual man.  He understands that life must go on, and has no regrets. Liz and I bot left with memorabilia that now has a home in Arizona. We did a shot of terrible whiskey before we parted. Hugs and whiskey.

And who knows, out of the ashes and dust maybe a Phoenix will arise.