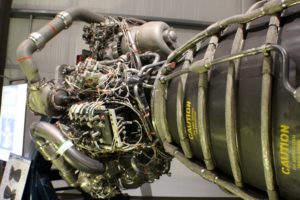 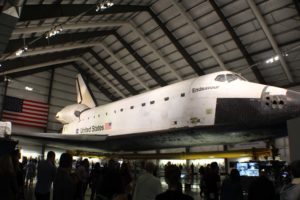 It is amazing to think that this craft flew 25 missions into space. It was commissioned to replace the ill-fated Columbia.

You are able to walk under the craft as it is currently displayed. Named after the HMS Endeavour, Captain James Cook’s vessel used to explore the South Pacific, NASA used the very British spelling rather than the American “endeavor”.

The Science Center is building a permanent building to house the shuttle attached to the external fuel tank.

The space shuttle program has been scuttled after 135 missions. Now we have private enterprises such as Elon Musk’s  Space X building reusable space craft. It seems the future is upon us.