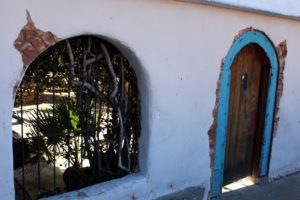 The first time I visited Superior, AZ, it was the epitome of a derelict former mining town. The buildings along the main drag were derelict, boarded up, crumbling. In many cases the facades hid an interior that was open to the sky.

There were a few struggling businesses catering to tourists, but not very much to induce one to spend more than a couple hours strolling. In six short years, that has changed dramatically. 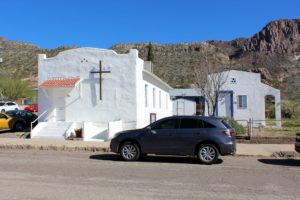 Superior was a once thriving mining town. In 1875 the Silver Queen mine was opened.  By the turn of the twentieth century, is was no longer profitable to extract what little silver was left.

Soon it was discovered that Superior sat over a huge deposit of copper. The mining operations had ups and downs as the price of copper fluctuated. In 1910, the mines were operated by the Magma Copper Company. The mining operation expanded significantly. These mines operated, on and off, until they were closed in 1996 due to the expense of mining and shipping the ore. This is a very short history of the Magma Mine. 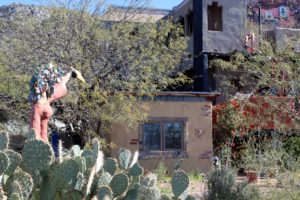 The decline of Superior commenced with the closure of operations. With no other viable industry, the town struggled.

Cheap real estate brought in artists. Where have we seen this before? Enter Resolution Mining. One of the largest copper deposits in the world is here. 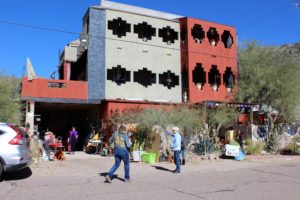 Arizona is known for our Five “C’s”. Copper, Cattle, Cotton, Citrus and Climate.

While there are protestors and groups against the new mining operations, if you talk to residents of Superior, they are overwhelmingly in favor. Money is pouring in. 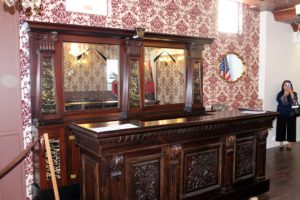 This past Saturday we participated in Superior’s open house tours. Properties are being renovated. The main street boasts many new businesses, antique stores, galleries, artist studios.

I used to walk past the derelict Magma Hotel.  Built in 1912 when Arizona attained statehood, and hosted dignitaries and mine executives. It had partially collapsed in 2007. To any but the utmost optimist, the hotel’s days were numbered. 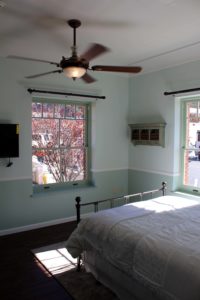 The building was placed on the state’s register of historic buildings, and has recently been renovated. No expense has been spared. We were fortunate enough to tour the renovated hotel. It should be open for business early this year.

Across the street of the hotel, a new bar is being opened, and the quality of the work being done indicates that there are more than a few people that know something. I look forward to seeing Superior become a destination in the very near future.