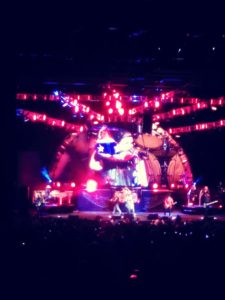 Ed King from south Jersey is one of the original members. The band carried on, and is one of the best known southern rock bands, second only to the Allman Brothers in my modest opinion. 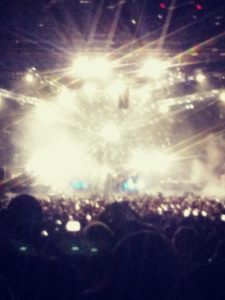 Ed King is a born-again Christian these days, and has not given up playing guitar.  I don’t know whether he was invited or not to play on this final tour.

It would have been good to see him play with the band one last time.

Gary Rossington played with Johnny Van Zant and Rickey Medlocke and a slew of other talented musicians on the farewell tour. 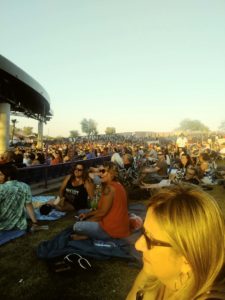 When I saw tickets at Ak-Chin Pavilion on the res, along with the Outlaws and Bad Company, well there was never a doubt we were going to this concert.

Even as a New Jersey boy, I was immersed in Southern Rock. The Outlaws debut album was my first vinyl purchase. That was followed by New Riders of the Purple Sage, the Doobie Brothers, the Marshall Tucker Band and of course Skynyrd. 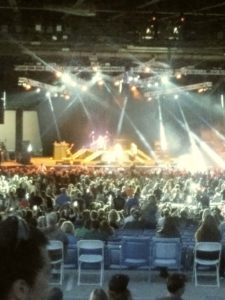 I was disappointed that the Outlaws, on their 2018 American Tour were only allowed 30 minutes to play. A country artist who I am sure is excellent was given the next 45 minutes even though he was not on the bill. he took the energy level created by the Outlaws down to snooze.

Bad Company was next on the ticket and they rocked. Paul Rodgers kicked ass and proved he still has one of the best voices in rock and roll. They cam back for two encores, and they played every Bad Company song you have ever heard. 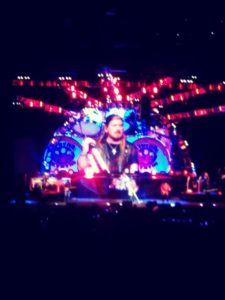 I was a bit concerned that Skynyrd would be outdone by Bad Comapny’s superb performance. But they played most of the songs from “Pronounced…” and “Second Helping” as well as all of their best known hits.

I have never been the biggest fan of Free Bird… yeah, I know that is heresy. Liz hates it, she will turn the station when it comes on the radio.

I have to say, watching Free Bird live, with Johnny singing and video of Ronnie Van Zant singing, playing on the screen behind the band brought chills up my spine. Johnny evokes his late brother’s spirit. Even Liz was on her feet singing and dancing, as was the crowd of 8,000 or more at the concert.

All in all, it was a great concert. Best of all was being on the lawn rather than the more expensive and very uncomfortable seats.. our view was just as good. We had more room for our feet and we also had the contact high of all the people around us smoking gange.