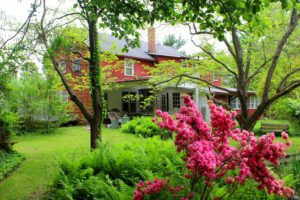 This is where it all began.

In 1996 I began attending the barn. I grew up hearing about the Barn, all of my friends attended. We were poor and my parents could not afford to send me. My dad referred to Pat Witt as “that crazy artist lady”. 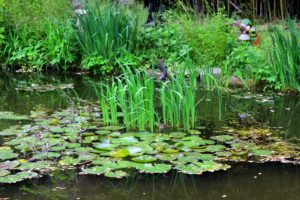 The first time I met Pat Witt was 1971, when the old mill burned down. I lived down the street from the Mill. The fire balls reached fifty feet or more into the air as tanks of oxygen exploded.

The next day, I rode my bike to the area. Cordoned off with yellow tape, I saw this lady sitting amidst the still smoking rubble painting. I was ten years old. I ignored the yellow tape that forbid passage, and rode up behind her and watched her paint. I asked her, naively, “Are you an artist?” Pat was intent on painting and acknowledged me, but mostly ignored me. I told her I liked to draw, and that I was related to Sir Joshua Reynolds. She nodded and continued to paint. I rode away. 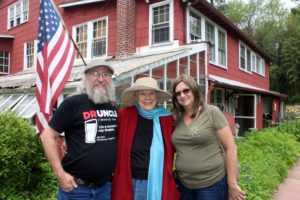 Fast forward 25 years. I had moved from Millville to Florida, then to North Carolina, and back to NJ. I got married, had kids. My daughter Roni is very artistically gifted. I took her to the Barn to enroll her in classes.

I told Pat Witt that I met her many years ago… at the fire. She stopped me. She then recounted the story in great detail and informed me that she had been looking for me ever since that chance meeting. The rest is history. 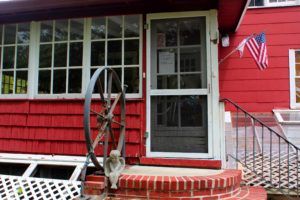 Pat said she went to the guidance counselor at the local school to try to discover my identity. The Barn Studio has a policy of giving free tuition to anyone that is related to a famous artist. All through my formative years I could have attended for free. Pat insisted that my daughter attend for free. 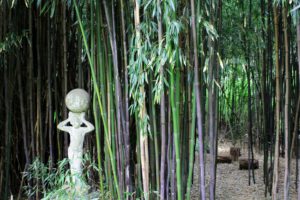 Eventually I enrolled in the adult classes on Wednesday night.It was there that I met Liz Nicklus. And many others, but Liz is the important one, since we are now together.

The Barn is a magical place. Pat stresses a non-competitive environment. Everyone is free to learn at their own pace. But she has rules. No erasers, because there are no mistakes in art. The adult classes do have some structure. We were not allowed to use black paint. “Black does not occur in nature”, she would admonish. 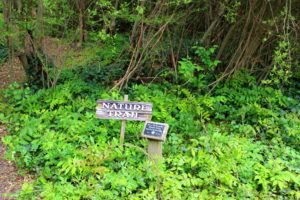 Outside the barn studio is a fish pond, one of the first I had ever seen. A nature trail. A safe environment for everybody. No talk of politics, or religion, or sex.

A huge grove of bamboo separates her property from Route 55. You can easily forget that you are in the middle of a town. 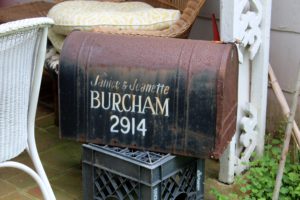 Today the Barn Studio of Art is a 501(c)3 non profit, but visiting this weekend I noted that nothing has changed. The same smells. A mystical other-worldiness. Spiritual. 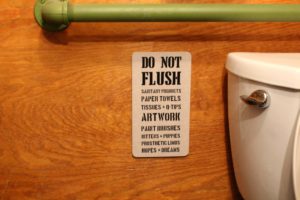 Pat is the matriarch of the arts in Millville. Almost everybody that was involved in the beginning stages of Millville’s arts renaissance had attended The Barn. Now the fourth generation of students are attending.

And a sense of humor. No bad feelings are allowed, and it is difficult to visit and not be uplifted in spirit and soul. 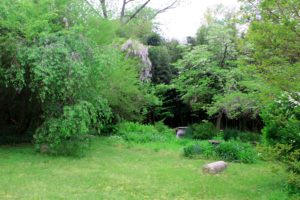 Cellphones are verboten. The cats rule. Lots of cats, they have free access everywhere. Meanness is not tolerated. Creativity is paramount. Even I, when I began using black in my paintings was tolerated.

Pat says you cannot paint abstract until you learn the rules of painting. She laid down the rules. We were allowed six colors on our palettes – a warm and cool red, a warm and cool blue, and a warm and blue yellow. And white. Pat taught that every color you needed could be made with that palette. 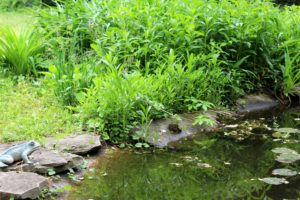 After you demonstrated an ability to mix colors and paint academy style the still life’s she set up, you were free to paint as you wished. In some cases (me) you were even allowed to use black paint.

Pat is still alive and kicking. She is slowing down, She has relinquished, somewhat, total control to her daughters and other volunteers that grew up with the Barn as a home away from home. She is still painting, even though legally blind. I dread the day she stops painting. Painting is her life.

Pat is responsible for me diving head first into painting, for me becoming an artist rather than a painter. She is the reason Liz and I are a team.

For Pat, art is more than a thing to do, it is life itself. The Barn attempts imparts this ideal to every student. The Barn was a turning point in my life.