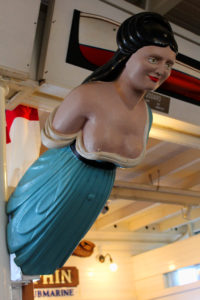 I spent Thanksgiving holiday in San Diego. Liz and I stayed in Little Italy, close to the harbor. The weather was wet and dreary, and I8 was actually closed due to snow a half hour after we passed through.

California is a pretty state, it is unfortunate that it is California. Politicians in LA and San Francisco have screwed the state royally.

Walking through Little Italy we passed a dozen homeless people sleeping on the sidewalk on cardboard. It seems that typhoid fever, tuberculosis and typhus are the new in thing in Los Angeles. 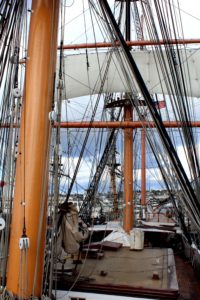 I guess some things have not changed much in California since the days that the ships in the Maritime Museum first sailed.

You enter the museum via the steam ferry Berkeley. The ferry was built in 1898, and operated for 60 years in the San Francisco Bay. It was a new ship when the bubonic plague hit San Francisco, killing hundreds.

I was excited to get to board the San Salvador, a Galleon, is the first ship to reach the west coast of the country from Europe. It docked in what is now San Diego in 1542. 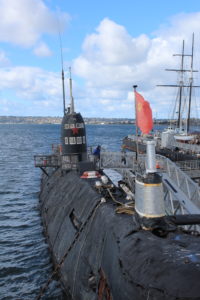 The Maritime Museum has more than old ships. A Cold war era Soviet sub is docked, as is a more modern US sub.

The Soviet sub is claustrophobic to say the least. This particular submarine almost caused WWIII. A false alert was issued from the USSR that the USA had launched a nuclear strike during the Cuba Missile Crisis, and this sub was on patrol off the shore of Cuba. The captain was ordered to launch it’s nuclear torpedoes against the USA. 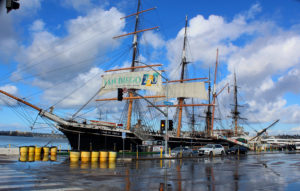 The captain had a gut feeling, and instead he stood down. Among maritime history buffs he is known as the man that saved the world.

The other sub is the USS Dolphin, the deepest diving sub in the world. 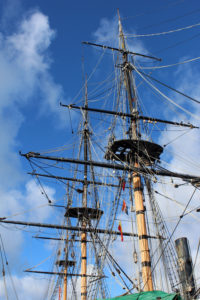 The main attraction is the Star of India. Built in 1863, and beginning life under the name Euterpe, she had an unfortunate childhood.  On her first trips to India she suffered a mutiny, a collision, a near fatal storm, and the death of her captain who was buried at sea.

In 1901, the Star of India was purchased by the Alaska Packers Association and hauled fish up and down the west coast.

The ticket prices to the museum are a bargain, considering we spent a good four hours exploring the many ships and displays. The quarters on even the grandest ships were meager, and respect must be given the men that braved the seas on these vessels.