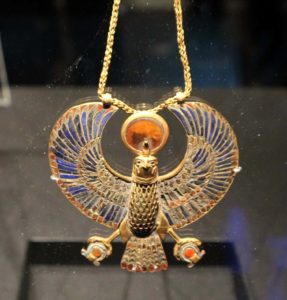 We spent Thanksgiving in San Diego this year. Thanksgiving dinner was non-traditional… at an Irish pub in the gas lamp district.

Friday, we went to the California Science Center in Los Angeles. LA is a filthy city. Okay, so that was a non sequitur. We went to the premier of the King Tut exhibit, the first of ten cities the show will be in. Two floors of antiquities. 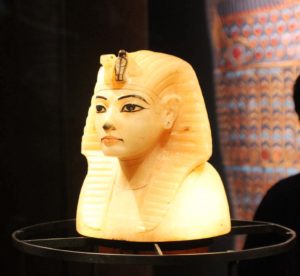 It is interesting that the king that was erased from history after his death is now the one name everybody knows.

The exhibit featured texts from the Book of the Dead. The artifacts are over 3300  years old… more than a millennium before Christ. They could have been made yesterday. 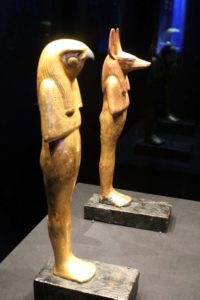 Tut had not even reached puberty before he was king, and died at age 19. After he died, all mention of his name was erased. All monuments were destroyed and anything with his name was defaced. In Egyptian religious tradition, cults were formed to remember the deceased. The cults mentioned the name of the deceased king in daily rituals. The belief was that this ritual assisted the dead in the afterlife, and if their name was forgotten, they would cease to exist. 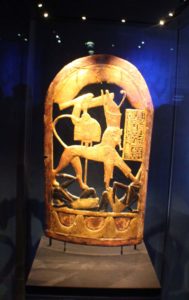 Tut’s father, Akhenaten, was the Pharaoh that brought Egypt into a monotheistic worship of one god, rather than of many gods. Tut was the by product of incest, Akhentaten and his sister, a concubine rather than his wife, were Tut’s parents.

He had a club foot, and many medical issues that probably led to his short life.  All that is known of his reign is known from his tomb. Everything else has been erased from history. 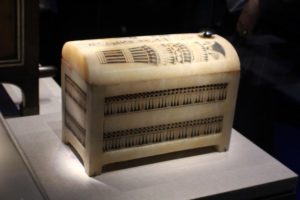 After his death, the cult formed to remember him was killed off.  Apparently he pissed off the wrong people.

Tut, during his reign, undid his father’s rules. He sought to restore the damage his father did to relations with other nations. His death brought an end to his family’s rule. 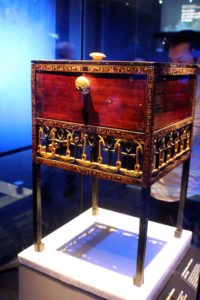 Egypt had a new Pharaoh. His widow apparently hated his family so much that the eradication of his memory began. Rest in Peace was not in their vocabulary.

His grave was buried from history until Howard carter came along. That was a good thing, as it was never decimated by grave robbers until 100 years ago. 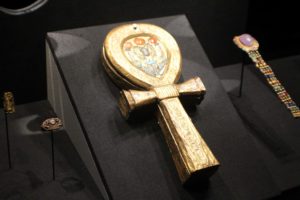 Now, immortalized in song by Steve Martin, he is the most famous of Egypt’s Pharaohs.

The Ankh is now associated with Egyptian kings, it being part of his name.  This show was certainly a highlight of my trip to LA.