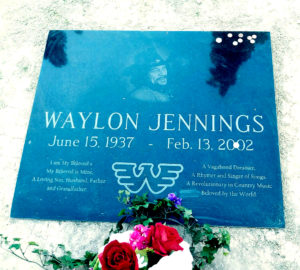 I was raised on country music. We didn’t have a lot of music playing at my house when I was growing up, but when it was, it was Johnny Cash, Marty Robbins, Patsy Cline. We watched Hee Haw on TV. In black and white.

I was introduced to Waylon Jennings and Willie Nelson when I lived in Florida. Terry Wayne, Butch and Chuck had this white dodge van that we would cruise the streets of Ocala in, with Waylon and Willie playing on the 8-track.

I was soon introduced to David Allen Coe and the “perfect country western song”.

Having been born and bred on the east coast, it is odd that I grew to like country music. In school, when asked what kind of music we liked, country was not an option. Nobody liked country. The answer by most of my peers was “anything but country”.

At least I had Lynyrd Skynyrd, Marshall Tucker Band, Allman Brothers and the Outlaws to give me my fix. Now that I am older I can justify my love of old country.

There is not too much new country music that I like. Country pop. Crap. I never get tired of Waylon.  Most people don’t know that he is buried in Mesa, AZ. I drive by the cemetery every day on my to and from work.

Waylon is a Texan, born there. He moved to Arizona and was a DJ in Coolidge and later in Phoenix. He resided in Chandler, not too far from Apache Junction. A true gentleman, he gave up his seat on the ill-fated flight that killed Buddy Holly and Ritchie Valens. We can thank him for that dreadful song American Pie!

Waylon was good friends with Willie Nelson before he became a star. He later met Johnny Cash in Nashville… and that friendship later included Kris Kristoferson – read The Highwaymen.

An addict of amphetamines and cocaine, his rise to stardom took a toll on his health. Waylon Jennings died of complications due to diabetes, and this was not helped by his addiction problems, even though he eventually beat them.

Waylon lived the life of an outlaw. He died too young at age 65, in Phoenix, AZ. He left a legacy. His life is proof that country music stars lived life as hard as any rock star.