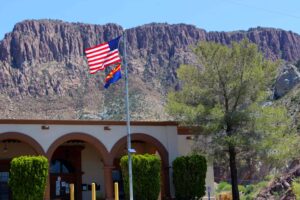 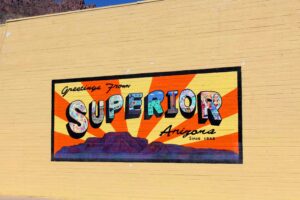 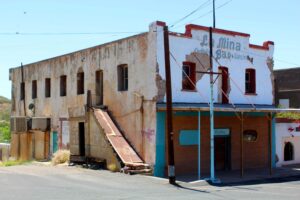 We spent an afternoon exploring possible venues of the Take Five Artists to exhibit. We have watched as Superior has rebuilt itself in the past decade. 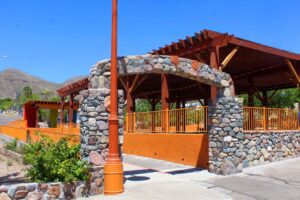 Fortunately the town retains its historic roots, and the old buildings are restored maintaining the original architecture  while adding modern conveniences such as electric vehicle charging stations on the main drag provided by Tesla.

There is an area devoted to a farmers market, a pavilion where musicians perform, cafe’s with outdoor seating areas. Most of these improvements are due to the generosity of the Resolution Copper Mine. All under the backdrop of Apache Leap. 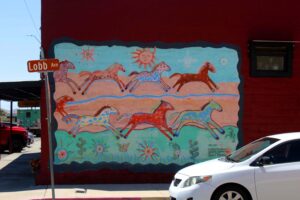 In the 1870’s the Apache were protecting their land from white settlers.  The Apache had a camp atop Apache Leap, a camp that was well protected due to the extreme difficulty in ascending the mountain. 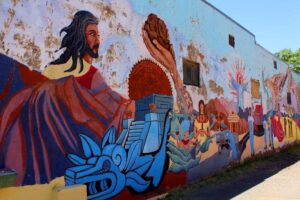 If you scout around the base of mountain you will find obsidian balls, molten volcanic glass, known as Apache Tears. Apache legend has it that the Apache women wept for the deaths of their loved ones, and as their tears hit the earth they turned into these semi-precious stones. 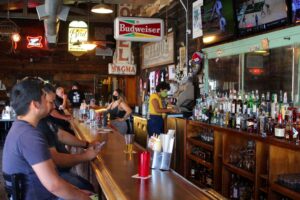 As you stroll around town, murals abound. Of course no afternoon outing is complete without a pit stop at a local watering hole. For years you had a choice of the VFW or Porter’s.

Porter’s recently relocated down the street in a modern building.  Porters was packed. They have a great menu with excellent food.  We visited the former location to see what had become of it. It is now the home of the Silver King Saloon. 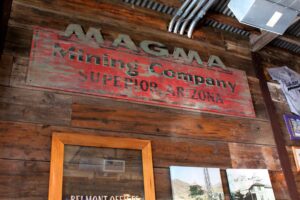 The new owners kept all of the features that made Porter’s an unique bar. The old Magma Hotel sign still hangs behind the bar. Magma Mine memorabilia festoons the walls. The bar’s name pays homage to Superior history.

The Silver King Saloon has friendly service, and features excellent barbeque on the menu. As great as Porter’s was, their service usually lacked. They were unable to handle busy days. I have to say the opposite for Silver King, we never had to wait on drinks, and the food service was prompt. 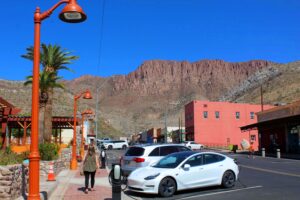 As an artist and amateur historian, I enjoy exploring Arizona’s unique towns. Each town has a story of its own. Superior has many stories and it continues to make its own history. Artists are a driving force in the town’s future history, as more and more artists are relocating there. It is definitely worth a weekend trip.

One Reply to “Feeling Superior”