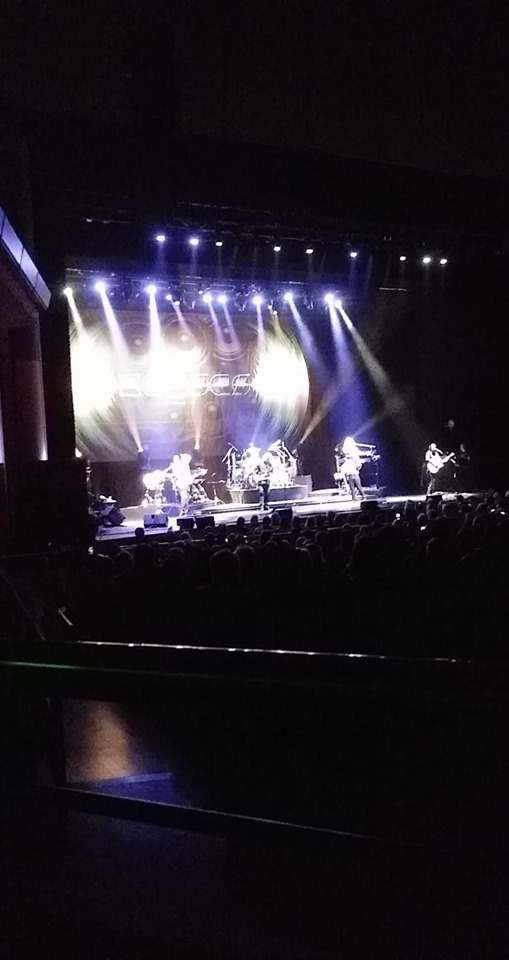 It has been a while since I have posted. We had a hot summer; 45 days with temperatures over 115° chased me out of the studio. I did visit the Phoenix Art Museum and the Heard Museum. Oh, and a lot of binge drinking…

A my birthday is just around the corner, my gift was the Kansas concert at the Mesa Performing Arts Center. I have seen a few concerts there and there is not a bad seat in the house.

While only two of the original members remain, and another of the early members, they put on a concert faithful to the sound on the early albums.

They mixed in a few of their new releases, but face it, the crowd was there to hear their classic hits.

The second half of the concert was The Point of Know Return in its entirety.  And of course they ended the concert with Carry on My Wayward Son, and I am sure they are enjoying the royalties from the ht TV series Supernatural.