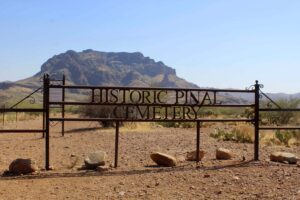 The Pinal Cemetery is protected and under the control of the Tonto National Forest and protected by the Archaeological Resources Protection Act of 1979.

It is easily accessible by dirt roads just off of SR60 west of the town of Superior. 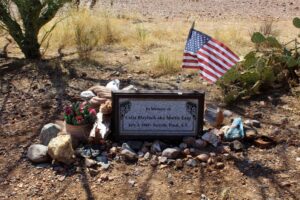 Her monument is the first one seen as you enter the graveyard. The monument is maintained by the Earp family. 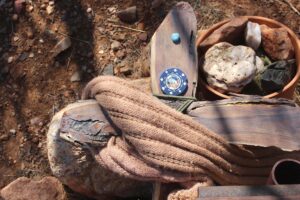 Pinal City was established when the Silver King Mine was founded. Picket Post, a military post, was located at what is now know as Picket Post Mountain to defend the citizens of Pinal City from Apache attacks.

The current monument is not the actual location of Mattie’s grave. The site was desecrated and the original monument stolen. The Earp family, I am told, installed the current monument. Her original grave site is marked only by a post sticking out of the ground. 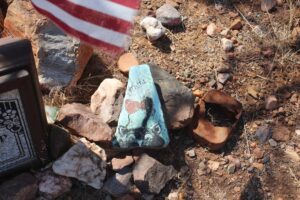 Visitors honor her life with gifts, as seen in these photos. The story has it she was not able to make a living in her desired profession and ended her life with an overdose of laudanum  and alcohol. She was 38 years old.

Legend has it that her first epitaph claimed she died “serving the public on her back.” 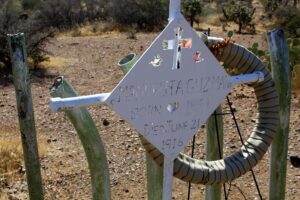 Most of the graves are unmarked. Some of the grave stones are unreadable without the assistance of a rubbing. Another prominent grave is that of Manuelita Guzman, matriarch of a founding family of Superior. The Guzman family still plays an active role in Superior today. 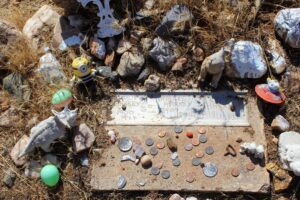 One grave of which little is known is tragic. Three children, aged three, one and not even one year old are buried here.  Just a little insight into the difficulties of life.

Arizona was still a territory. The Indian wars were still going strong. People settled here in the hopes of a better life, from the east and from Mexico. Some made a better life, more did not. 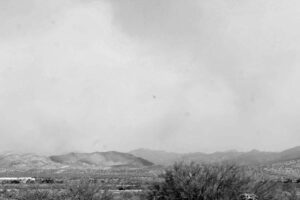 And for us life goes on. Superior is besieged by fire, nature is not requiting.

After this somber visit, Dave and I headed to Porter’s, a favorite watering hole and restaurant in Superior. We found it closed, as was all of downtown. Superior is on the verge of evacuation as the wildfire encroaches on civilization.